Dr. Yukio Katsukawa, an assistant professor of SOLAR-C Project Office, NAOJ, has received the 6th Young Scientist Award of National Institutes of Natural Sciences (NINS). This prize is given to excellent young researchers who have achieved results in creation of the new fields of natural sciences.

The subject of Dr. Katsukawa is "Observational research on solar magnetic activities with the Hinode satellite and development of new techniques for next-generation solar observations". He has attained various results to approach solar magnetic activities using photospheric and chromospheric data provided by the Solar Optical Telescope (SOT) of Hinode. One of his major results is the discovery of minute chromospheric jets which frequently occur in sunspot penumbrae with Hinode. In the penumbrae, strong, vertical magnetic fields and weak, horizontal fields alternately exist and form an interlaced structure. Dr. Katsukawa proposed the mechanism that magnetic reconnection between these two kinds of magnetic fields produces chromospheric jets. He has also been working actively on development of advanced instruments including Hinode SOT. Now he is pursuing observations of chromospheric magnetic fields, which have been difficult because of weak magnetic fields in the chromosphere. To overcome this problem, he is trying to develop a new observational technique, through the CLASP sounding rocket experiment which conducted the first observation in 2015 and the SUNRISE balloon experiment which is planned for 2020. 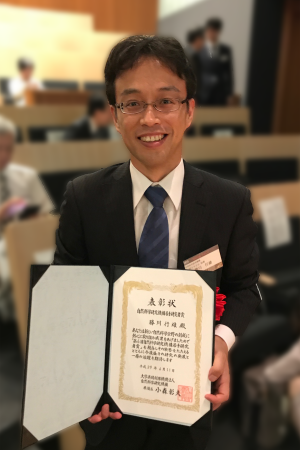 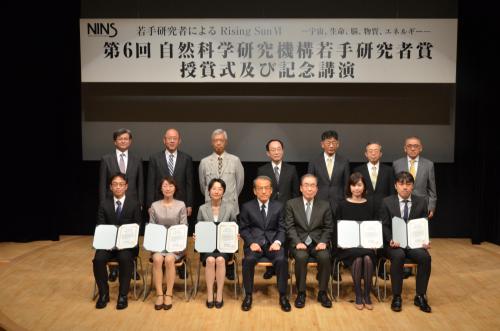 Recipients of the 6th Young Scientist Award of NINS (©NINS)

Commemorative lectures by the recipients

The award ceremony and the commemorative lectures were held at Miraikan (National Museum of Emerging Science and Innovation) on June 11, 2017. Dr. Katsukawa gave a lecture with the title "Dynamic universe - revealing the dynamics through the Sun -". 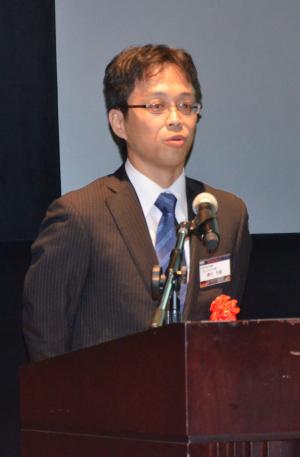 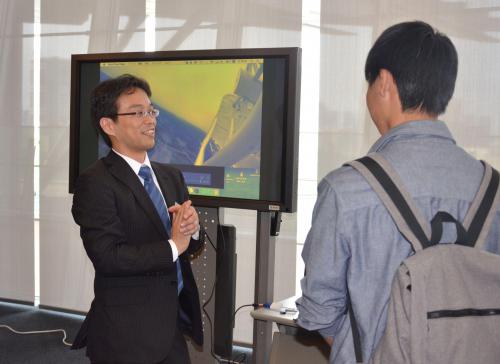 Dr. Katsukawa interacting with visitors after the lecture (©NINS)

This award is not only for my research achievements, but also for many people who contributed to the development and operation of Hinode. Many students from my old school Ena High School in Gifu prefecture participated in the lecture. I hope that some of them aim to become a researcher in natural sciences.