Characteristics of the Advanced Telescopes

Characteristics of the Advanced Telescopes 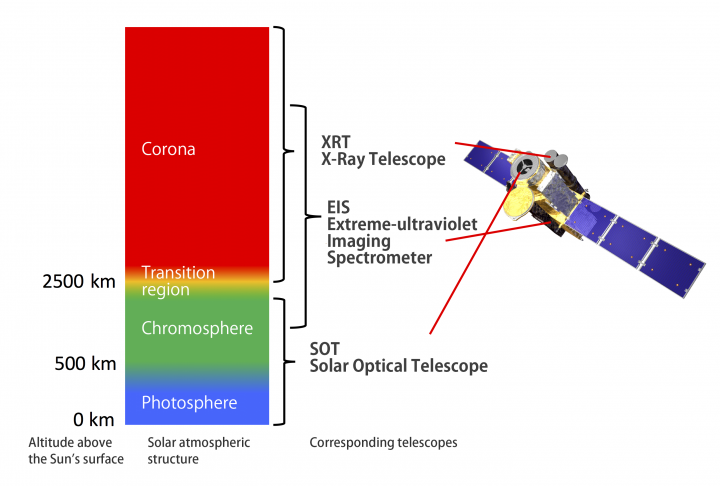 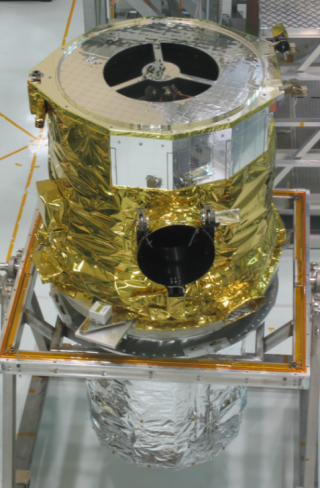 The Solar Optical Telescope (SOT) is an observational instrument that continuously observes the Sun with high spatial resolution in visible light.

Through the magnetic distribution, you can distinguish local north and south magnetic polarities.
(The white area is a north polarity and the black area is a south polarity.) (©NAOJ / JAXA / HAO) 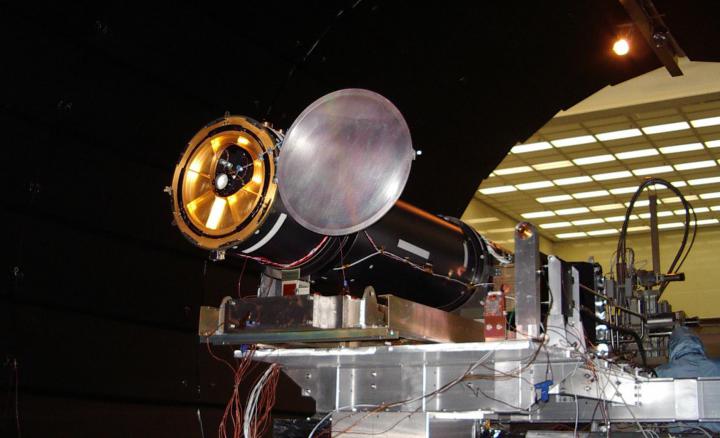 The X-Ray Telescope (XRT) is an observational instrument that takes high spatial resolution images of the Sun in extreme-ultraviolet rays and X-rays. X-rays are emitted from the corona (upper atmosphere). Therefore, XRT can diagnose the corona. The image below is the full solar disk captured by XRT and a close up of the corona above a sunspot. 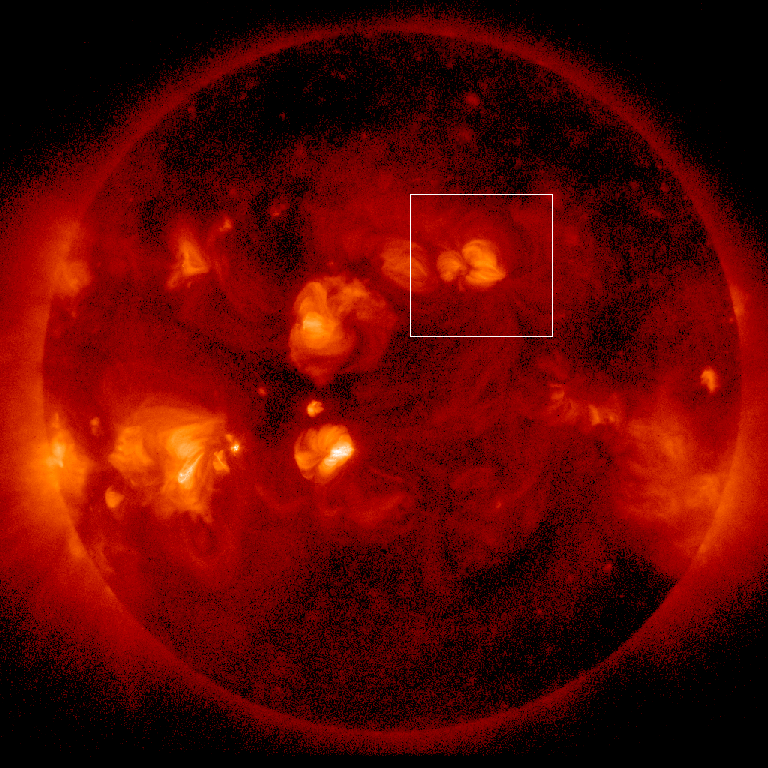 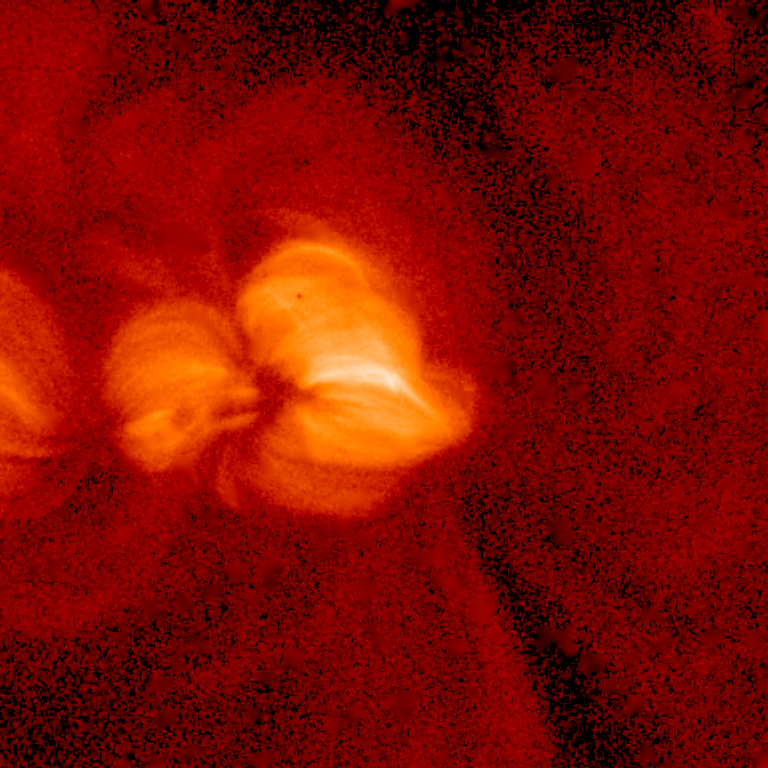 Full solar disk image taken by the Hinode XRT and a close up of the corona above the sunspot.
(©NAOJ / JAXA / Montana State University) 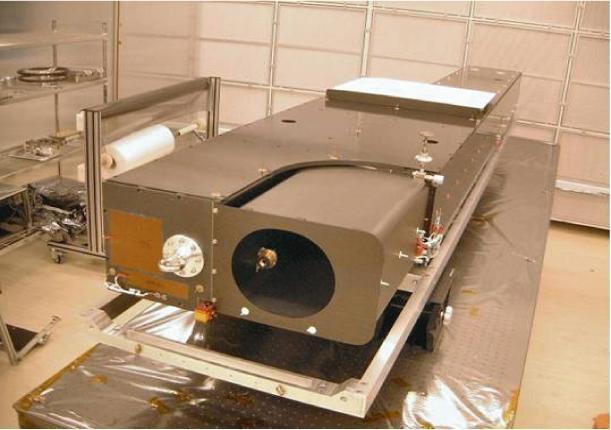 Looking at the Sun with Each Temperature

Let's use iron as an example; iron's atomic number is 26, in other words the element can have up to 26 electrons. In the high temperature corona, electrons are gradually lost and the element of iron exists as ferrous ions. As the temperature increases, so does the number of electrons removed. Even for atoms and ions of the same element, when the number of electrons is different, they emit spectral lines of different wavelengths. Therefore, if you observe all the spectral lines that ferrous ions emit at various temperatures, you can see the conditions in the solar atmosphere at each temperature at the same time. 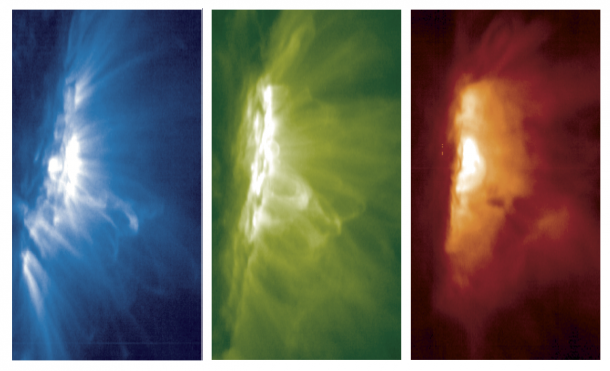 Solar corona changes in its appearance depending on the wavelengths of ultraviolet rays.(©NAOJ / JAXA)

Also, with EIS, we can measure the plasma motion along the depth direction by performing spectroscopic observations. (For details, please read the text in the box below).
The left image shows an active region in the corona. The right image uses colors to show the speed of the plasma in the depth direction at each point. Receding motion from the viewer is shown in red, and approaching motion towards the viewer is shown in blue.

Determining the Velocity along the Depth Direction with Spectroscopic Observation