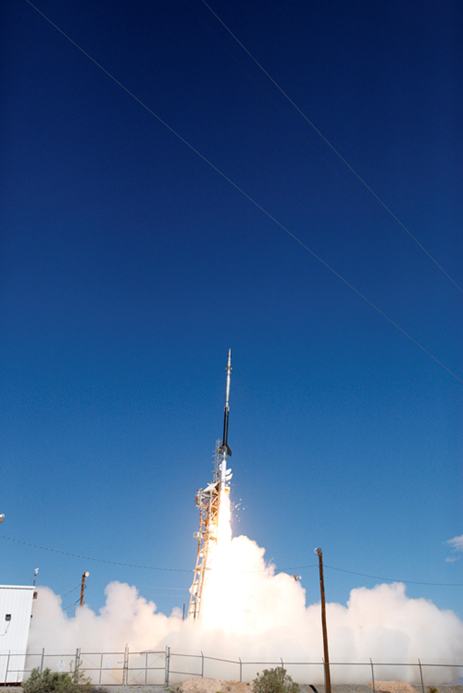 The sounding rocket experiment with Chromospheric LAyer SpectroPolarimeter 2 (CLASP2) was launched on April 11, 2019 at 10:51 a.m. MDT (01:51 a.m. JST on April 12) from the White Sands Missile Range, New Mexico, USA. It reached a maximum altitude of 274 km and successfully observed the Sun for 6 min. CLASP2 aims to measure magnetic fields in the upper solar atmosphere (chromosphere) with polarization in the ultraviolet spectrum emitted by ionized magnesium atoms, and shed light on the coronal heating problem. This is also a technical demonstration of spectro- polarimetric observations in UV as a diagnostic tool for future instruments of space observatories.

The outermost layer of atmosphere of the Sun, corona, is made of extremely high-temperature gases of millions of degrees, while the solar surface is nearly 6,000 degrees. The mechanism to generate such a high-temperature atmosphere is not yet understood. This is known as the "coronal heating problem," which is one of the most important questions in astrophysics. Recent observations and theoretical approaches have indicated that the interface region, the chromosphere, between the solar surface and the corona plays an important role in the heating process. In particular, magnetic fields in the chromosphere are considered to be strongly related to the dynamic gas motions and energy transfer into the corona from the lower atmosphere. Therefore, understanding the property and behavior of the chromospheric magnetic fields is necessary to solve the coronal heating problem.

On September 2015, an international research team from Japan, USA, and Europe carried out a Chromospheric Lyman-Alpha SpectroPolarimeter (CLASP, or CLASP1 here) sounding rocket experiment, to verify a new technique to observe the magnetic fields in the chromosphere. CLASP1 observed the ultraviolet light emitted by neutral hydrogen atoms (Lyman- alpha line), and detected the scattering polarization and their modulation by magnetic fields (Hanle effect) in the solar atmosphere, which hitherto has been predicted only in theory. This mission opened a new window in solar observations.

However, the hydrogen observations by CLASP1 could not accurately measure the physical quantities of magnetic fields in the chromosphere. Hence, the Chromospheric LAyer SpectroPolarimeter 2 (CLASP2) mission was founded. CLASP2 aims to observe the ultraviolet light emitted by ionized magnesium atoms and detect the scattering polarization, as well as the Hanle and Zeeman effects, to quantitatively measure the vector magnetic fields in the chromosphere.

Like CLASP1, the CLASP2 mission was carried out by international collaborations. Japan spearheaded instrument development and testing using the facility (Advanced Technology Center) at the NAOJ; diffracting grating was procured from France, while the CCD cameras were procured from the US. The CLASP1 instrument was recovered without any damage after the mission, shipped back to Japan, and refitted. The main structure and most of the optical elements were from CLASP1, reducing development time and cost. 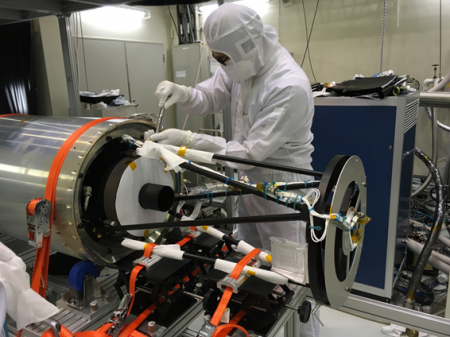 The CLASP2 sounding rocket was launched on April 11, 2019 at 10:51 local time, (01:51 JST on April 12) from the White Sands Missile Range in New Mexico, USA. The CLASP2 payload was separated after the launch and flew along a ballistic trajectory in space. It observed the Sun from above 160 km for 6 min and reached a maximum altitude of 274 km. After the observations, the instrument payload descended by a parachute and landed on the White Sands Desert, from where it was transported back to the laboratory. All data stored in the instrument were recovered successfully.

The CLASP2 observed three targets on the Sun, including (1) The center of the solar disk for 18 s to calibrate the instrument, (2) a plage with a strong magnetic field for 155 s to measure magnetic fields by confirm the Hanle and Zeeman effects, and (3) a quiescent region with a weak magnetic field for 136 s to measure scattering polarization. The CLASP2 team analyzed the plage data quickly and found strong polarization signals. Hence, vector magnetic fields are expected to be measured in the ultraviolet observation for the first time. Data observed in the quiescent region are compared with the result from CLASP1, to measure the advantages and disadvantages of the Lyman-alpha and magnesium lines. It will be useful to discuss next-generation instruments for future satellites. 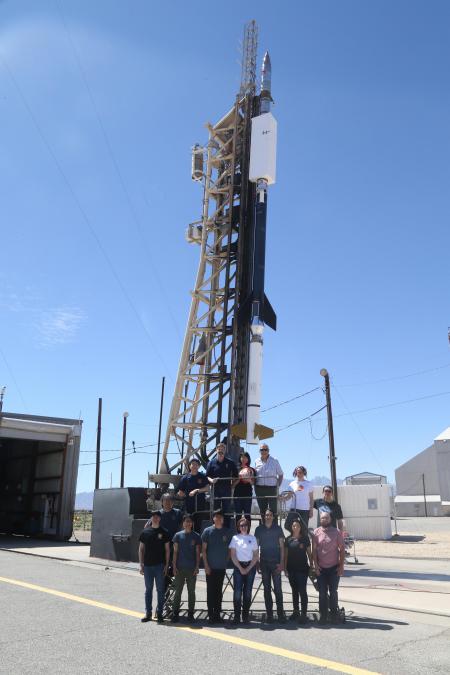 This project was supported by