Professor Saku Tsuneta has been elected to the Japan Academy Prize! 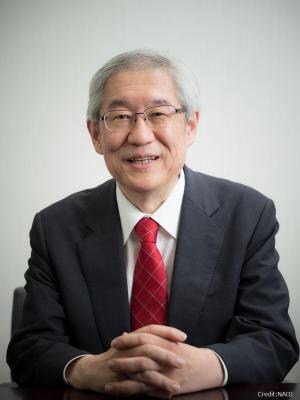 Prof. Saku Tsuneta (Director General of NAOJ at present) has been elected to a winner of the Japan Academy Prize at the Japan Academy 1127th General Meeting held on March 12th, 2019, for his outstanding contribution in "Studies of Solar Magnetohydrodynamic Phenomena by the Satellite Observations".

Professor Tsuneta has led the development and science operation of the Soft X-ray Telescope aboard the solar observation satellite "Yohkoh" and the Solar Optical Telescope on "Hinode", and has been contributing one after another to solve the fundamental problems of solar physics, such as flare, corona heating and generation mechanism of magnetic fields on the Sun. In addition, he has committed to an immediate release of these satellite observation data to promote the use of data by researchers around the world. And along with the satellite projects, he has been continuously promoting balloon and sounding rocket experiments, educating and raising many researchers.

The prize awarding ceremony will be held in June, 2019.

Please refer to the following web regarding the Japan Academy Prize: