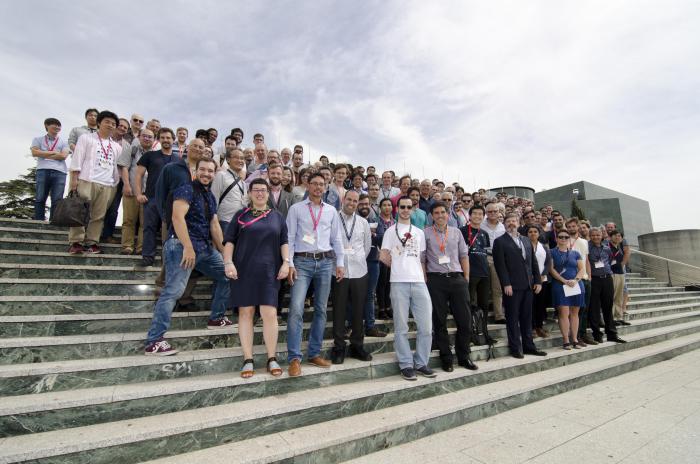 The Hinode (Solar-B) mission has become one the most long-lived solar missions ever, celebrating its twelve anniversary this year. We chose as place for celebration the marvelous city of Granada, Spain. This city is well known for its historical mixed of Arabic and Western architecture and its narrow streets contain lots of great food and tourists, including many Japanese travelers. In the Granada Conference Center, the annual Hinode meeting was held for sharing recent results on solar physics. We had very fruitful working days with an average of around 20 talks per day, with poster sessions in between. The meeting lasted for 4 days and gathered more than 140 participants, with a large percentage of young researchers among them. We discussed recent advances on the study of solar eruptions, aiming to improve our capabilities to forecast them, as well as on the modelling of the solar magnetic field based on observations performed by Hinode combined with state-of-the-art simulations. We became aware of the advantages, in terms of alignment or scientific complementarity, between Hinode and ground-based observatories, with special emphasis on the ALMA observations at sub-millimeter wavelengths. However, I would say that the most remarkable topic of the meeting was the future of solar physics, regarding new missions and ground telescopes, and the role of Hinode in supporting them. We have that NASA's Parker Solar Probe was launched this year and expects to start observing soon in coordination with Hinode. The reason is that the in-situ observations the former mission will perform, will strongly benefit from the large field of view, as well as the sensitivity to the magnetic field at the roots of magnetic concentrations, that only Hinode is capable of. Moreover, these Hinode unique capabilities are going to complement small-scale missions that will take place on following years as the CLASP 2 sounding rocket and the Sunrise 3 balloon-borne telescope, both with strong involvement from the Japanese solar community. In addition, representatives of the largest solar ground-based telescope (DKIST) that will have first light next year, also encouraged the Hinode team to support them as much as possible. If we also consider that two additional rocket flights took place this year, Hi-C 2.1 and FOXSI 3, with strong observational support from Hinode, we can conclude that the solar space mission is still one of the best for providing specific observations of the Sun. Finally, although we are very proud of the success and longevity of Hinode, we know it will not last forever and, in fact, we are able to improve its capabilities for understanding the Sun. For this reason, we witnessed recent news about the future Solar-C_EUVST mission (successor of Hinode Solar-B). It aims for a flight at 2024-2026 when the Sun shows highest activity and its proposal has past JAXA's first phase of selection, a very encouraging scenario! In this regard, we can only say that we are living a golden era on solar physics internationally, with Japan showing strong leadership. Something that we expect will last long enough to unravel the mysteries of the solar activity, the physical mechanisms behind solar eruptions, and more important, their impact on Earth and our daily lives. (Carlos Quintero Noda (ISAS/JAXA))